Have you ever seen that episode of How I Met Your Mother where Marshall is determined to hunt down the best burger ever? Well I found the best burger and it turns out it is not located in New York (although granted I’ve never been), it’s actually in New Zealand.

I’d heard about Fergburger before I’d arrived in its home of Queenstown. I’d been recommended it by a friend who’d visited New Zealand a couple of years before. Out of all the things he’d done in this amazing country, Fergburger was apparently at the top of the list. Similarly, it was the first place I told my brother to go to when he jetted off to New Zealand a few years after me. In fact, I debated asking him to post me one but I’m sure the postman would have eaten it before it could get to me.

Fergburger is pretty much the main reason I want to go back to New Zealand – it would totally be worth the cost of an airplane ticket. For less than a tenner, you can buy a burger the size of your face, packed full of juicy treats. From pork belly to beef and from pineapple to hash browns, simply reading the interesting combinations makes you salivate and, yes, a little bit of drool might well come out but that’s completely understandable.

In the 24 hours I spent in Queenstown, I went there three times, including once after a night out, drinking teapot cocktails in a local bar, when I conveniently found it still open on my way to bed. That’s because it’s open for more than 20 hours a day.

Fergburger is to New Zealand what harem pants are to Asia; it’s a universal language between travellers – a shared experience that everyone can relate to. Whenever I meet someone and discover they’ve been to New Zealand, the conversation always takes the same, immediate turn:

It is something you will instantly bond over. 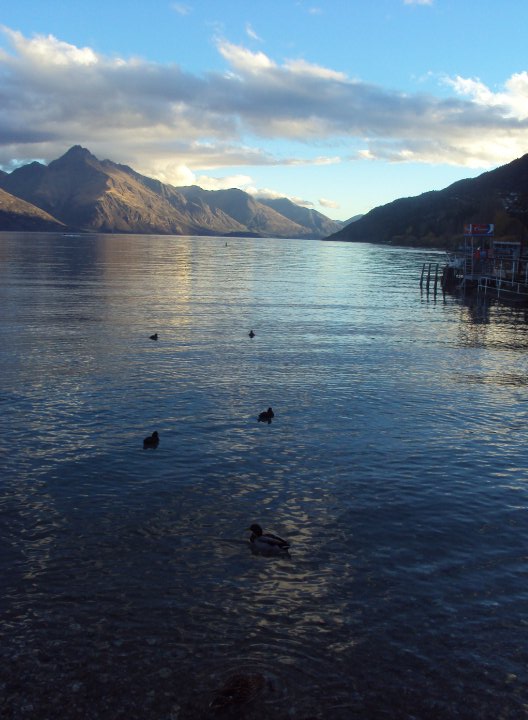 As if all of that wasn’t good enough, it is also situated in the best location in New Zealand. Although you can probably find something to keep you entertained wherever you are in New Zealand, the country is admittedly filled with a lot of sleepy towns. Queenstown, however, is not one of them. It is the home of NZ’s highest bungee jump and you can also find pretty much any other extreme sport you fancy. There’s also some pretty stunning scenery – which you can appreciate even more when you’re looking at it holding a Fergburger.